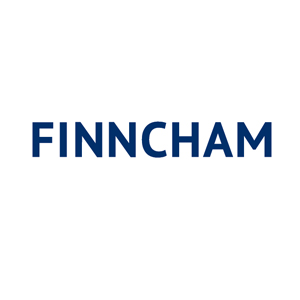 Economic outlook of Lithuania today – and what are the prospects for the country?

Lithuania, a country with less than three million people, has been successful in the transition from a centrally planned to a market economy since it renewed independence in 1991. Lithuania is closely integrated in the international community as it joined the World Trade Organization in 2001, the European Union in 2004 and the euro area in 2015. Lithuania now is a globally ranked player; it ranks 16th out of 190 countries on Ease of Doing Business (by World Bank), 41st out of 137 countries on Global Competitiveness Index (by World Economic Forum) and 19th out of 180 countries on Index of Economic Freedom (by Heritage Foundation). Here are some Lithuanian economy indicators, which are forecasted by the Lithuanian Bank: Lithuanian gross domestic product will grow by 3.2% in 2018 and 2.7% in 2019, inflation rate will count 2.7% in 2018 and 2.2% in 2019, unemployment rate will count 6.7% in 2018 and 6.6% in 2019. Lithuania now has western oriented and stable economy, which will continue to grow.

https://flcc.lt/wp-content/uploads/2018/10/101091793.jpg 2561 3890 nwadmin http://flcc.lt/wp-content/uploads/2018/11/Naujas-FLCC-logo-01-300x91.png nwadmin2018-10-02 09:13:032019-01-14 09:16:02Finncham interviewed H.E. Valdemaras Sarapinas, Ambassador of Republic of Lithuania
Scroll to top
In order to provide you with the best possible browsing experience we use cookies. To accept our cookie policy please click „Accept“ button or continue to the site. Leaving the site will be interpreted as not accepting the policy. You can always revoke this authorization by changing setting in your browser and deleting the cookies. Accept Read More
Privacy & Cookies Policy

This website uses cookies to improve your experience while you navigate through the website. Out of these, the cookies that are categorized as necessary are stored on your browser as they are essential for the working of basic functionalities of the website. We also use third-party cookies that help us analyze and understand how you use this website. These cookies will be stored in your browser only with your consent. You also have the option to opt-out of these cookies. But opting out of some of these cookies may affect your browsing experience.
Necessary Always Enabled
Necessary cookies are absolutely essential for the website to function properly. This category only includes cookies that ensures basic functionalities and security features of the website. These cookies do not store any personal information.
Non-necessary
Any cookies that may not be particularly necessary for the website to function and is used specifically to collect user personal data via analytics, ads, other embedded contents are termed as non-necessary cookies. It is mandatory to procure user consent prior to running these cookies on your website.
SAVE & ACCEPT